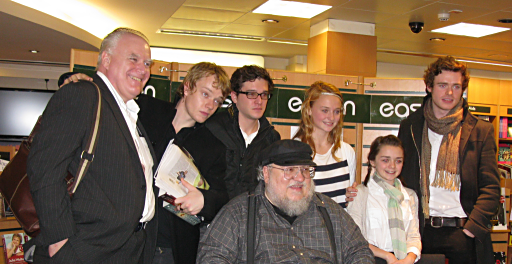 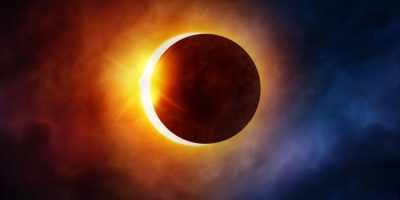 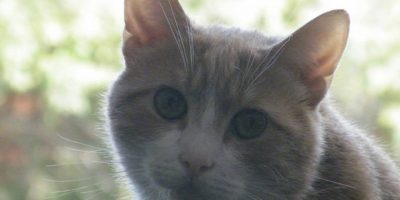 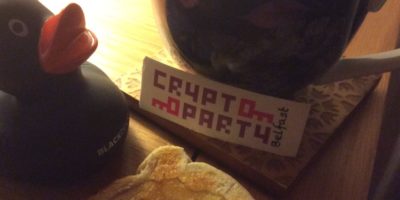 This post was first published on my previous SilverOak blog, so you may find the URL has changed, though the date has not.

We arrived in Easons in Donegall Place at around 12:40, and the queue was already snaking around most of the rear half of the shop.

We purchased some books, including the smart looking new anthology co-edited by Martin, ‘Songs of the Dying Earth‘. It’s a tribute to Jack Vance’s Dying Earth series, and features a plethora of well known authors including Neil Gaiman, Robert Silverberg, Elizabeth Moon and Martin himself. I’m really looking forward to reading it.

There was a small ripple of applause as the author arrived on the scene, and soon he was addressing the crowd from a small platform. The store could certainly have done with turning down the music at this point, as it was very hard to hear for those of us at the back. Martin was very gracious and welcoming of course, and gushed a little about how fantastic Jack Vance is, before introducing Matthew Hughes, the author of one of the stories in the anthology. He was happy to sign up to three books, and post-its were passed around in order to make personalisations clear and swift. Then he broke the news that he had indeed been successful (as he had hinted on his blog) in getting some of the cast (of the HBO pilot episode of his novel Game of Thrones, currently filming in Belfast) to join him. We were introduced to Ron Donachie (Ser Rodrik Cassel), Maisie Willaims (Arya Stark), Sophie Turner (Sansa Stark), Richard Madden (Rob Stark, amusingly introduced as the best dressed man in Scotland), Alfie Allen (Theon Greyjoy) and Kit Harrington (Jon Snow)! Well this was an opportunity not to be missed, and we promptly went and bought another copy of ‘Game of Thrones’ in the hopes of having it signed by the cast.

The queue seemed to move quite quickly, and we didn’t have to wait long before we reached the front. The store manager was kind enough to take a picture for us (though I can’t seem to get it off my phone right now – typical!), and we were delighted when George’s first comment was ‘you two look like you’re straight out of Tyrosh!’. He was also pretty impressed with Skally’s beard, heh. The cast were nearby and very approachable, and thankfully also happy to sign books!

We ended up leaving the store very happily at around 2pm, having bought three books in total.

We then took ourselves to lunch in 4Corners on Waring Street, and having quite a few hours to kill managed to visit the two main shopping malls (Castle Court and Victoria Square) as well as Fresh Garbage (an awesome little shop on Rosemary street stuffed to the gills with alternative clothing and jewellery) and Forbidden Planet, with a detour to Starbucks some time in the middle.

The later moot was arranged by ‘Silverstar’ and ‘Rimshot’ via the Westeros forums, and word spread from there to all sorts of local groups; Irish SF fandom and NI NaNoWriMo being just two. We met at McHugh’s on Queens Square at 6pm, and had a downstairs function room all to ourselves. It was all wood panelling and dim lights, which made it cosy and atmospheric, and it could have held 100 people with room to spare. The bar was well enough stocked (though there was no real ale), and food was available upstairs though we had stuffed ourselves so much earlier that we didn’t try it in the end. The music was a little loud for the type of event, which essentially revolved around chatting to people, but it was lowered after a while and that improved things.

It was a little awkward at first, not really knowing anyone, but everyone was quite friendly and we soon got chatting. We bought some raffle tickets for the charity auction, and got chatting to ‘SerMountainGoat’ who was running it. Among other things he mentioned that there was a chance that a lot of American fans may come to see GRRM at next year’s Octocon (where he is the guest of honour) in lieu of  Worldcon, which being in Australia is that bit farther. Interesting! He also mentioned that the production team intend to follow the books as closely as possible, which we were delighted to hear! We were also pleased to share a table with the very entertaining and aforementioned ‘Rimshot’, who is lucky enough to be an extra in the pilot (Stark servant), had to be on set at 4:15am the next day, and spent much of the evening with his fingers in his ears to avoid spoilers. We also met Mitch and his lovely girlfriend who had come all the way from Australia!

It wasn’t long before the room began to fill, and the man himself arrived, to another cheerful round of applause from fans. He had outdone himself again, and managed to bring along most of the cast from earlier, with the addition of Esmé Bianco (Ros, previously known only as red-headed whore), all of whom he politely introduced. Unfortunately Kit and Alfie didn’t make it but they had been filming a lot and were tired. He then pre-answered two frequently asked questions: 1, yes he is still working on book 5 and although 1100 pages in, is not yet finished and 2, that they were filming the pilot for HBO, and of course they hoped to be able to film all the books, providing about seven years work, but that there were no guarantees that it would even be picked up at all. His thoughts echoed ours as he mentioned that it would be wonderfully interesting to see Arya and Sansa grow up on screen before our very eyes. We were also pretty happy to hear that if things did turn out favourably for the series, that he would would likely be writing one episode per season himself.

Finally he handed the floor to American fan ‘Romulocks’, who had come all the way from Kentucky with ‘one very important question’, and promptly turned to his girlfriend and asked her to marry him. Thankfully she said yes, and there was much applause and photo opportunities, and several people thought it was pretty funny that ‘Rob Stark’ was congratulating them.

Finally we had the man himself at our table, where he asked us where we were all from and, hearing ‘Australia’ from Mitch, regaled us with tales of how he once tried to climb Ayer’s rock and ‘nearly died’, and how the amazing trees there with red sap and white bark inspired his writing of the weirwood trees. It was interesting to hear that he doesn’t write when he’s travelling, and tends to write at home with no interruptions as he is easily distracted, and even the pressure of an appointment later in the day is sometimes enough to throw him off. That he has never been a writer who can just write anywhere, at any time. I was interested to hear that he writes very visually too, imagining the scene in exacting detail, from who is standing behind the bar to exactly who is in the crowd, and that when he isn’t ‘seeing’ it that the writing just comes out as forced and insincere. The most satisfying answer that we had all night was to whether he was pleased with how the filming was turning out. Although he admitted he hadn’t seen an awful lot of it yet, and that of course it wasn’t exactly as it is in his head, he said that he was very pleased at what he had seen so far.

Although GRRM had to move on to chat to other groups we were also impressed to be joined by fans from Sweden, France and Germany. In all it turned out to be a great event, with a bunch of really friendly people, and a brilliant and unexpected opportunity to meet some of the people involved in the pilot. Rimshot was already bandying around the idea of a yearly moot as we were leaving, and if it happens, we will definately be back!

Special thanks should go to George and Parris, who were gracious enough not only to attend, but to chat with all the fans so freely and make sure all introductions to the cast were made. They also positively encourgaed the idea of signings and lots of photos, and Parris even made her own pictures available online for distribution as long as copyright remains attached. It was a refreshing, down-to-earth attitude that made us feel really included even though we were newcomers.

Additional notes: SerMountainGoat’s book raffle at the moot raised £175. We were pleased to see Octocon flyers being handed around at both events, which were pertinent as Martin is the guest of honour (Dublin, Oct 2010). Apparently Rory McCann (Sandor Clegane/The Hound) stopped by the signing very briefly, but we didn’t spot him, which is a real shame.

Don’t tell me the moon is shining; show me the glint of light on broken glass.

i think the weirdest thing about being self employed - as i have been for 5 years - is that no matter how hard you insist you have work, ppl will find ways to treat you as though your projects are less important than they would be if you were doing them in a 9-5. it’s maddening

"Mum, are there any new fairy tales?"
"Yes, many writers write fairy tales."
"No, like, stories that you tell kids to teach them not to do stupid things."
"Oh, I see. There are a few. And one that really happened."
"Really?"
"Settle down, I'll tell the story of Leeroy Jenkins..."

Melody🌻 •Queen of the Druids•@MelodyPond33·
22 Feb

For anyone else that might can use the #dyslexia friendly character sheets! ❤❤